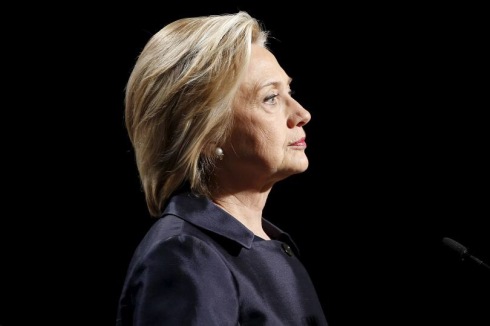 Like so many out there, I can’t wait for this election to be over. I cast my ballot for Hillary Clinton weeks ago, but I still worry over every little polling shift and every voter purge.

But for all my panic, I don’t, intellectually speaking, think she will lose. The ground game is strong, early voting margins are slim, but I feel confident that Clinton has the electoral votes to carry the day.

So that gets me to thinking about what happens afterwards. Hopefully Madam President won’t be saddled with a Republican Senate, and with any luck, the Democrats will have also chipped away at the Republican majority in the House and we will see the resignation of yet another useless Speaker.

All this said, one thing that has always irritated me in the past (and present) about Democrats though, are the unreasonable expectations of ideological purity (feel free to insert whatever “ideology” might fit here) they place on their leaders.

I thought this back in 1992 watching Bill Clinton sweep to victory after so many demoralizing years under Reagan and then Bush. It went something like this: “Uh oh, now every progressive in the nation is going to expect that Bill instantaneously make America perfectly liberal–and that ain’t gonna happen!”

There is no way that first democratic president in 12 years could have been all things to all people. No way he could accomplish the social changes that I wanted. No way that his wife could get universal health care passed–and even if they had, would it have been enough?

That was the same feeling I had when Obama came into office on a wave of Hope-y, Change-y. He inherited a staggering financial crisis and I could see his attitude about it was going to be considerably less censurious of the financial sector than I wanted–McCain of course would have turned a disaster into an apocalypse through mismanagement. But my point is that progressives and conservatives alike have a history of savaging the leaders in their own parties who don’t cleave to ideological purity. Democrats of all stripes in particular like to cheer  Election Day victories and then sharpen the knives. Remember the Blue Dog Democrats who hijacked the conversation around President Obama’s health care plan?

So it occurs to me that Clinton, should she win, arrives at the White House after a crucible of a campaign in which everyone seems agreed that she will never fulfill their expectations. She won’t be fiscally conservative enough for Republicans, but she’s at least not insane like Trump. She’ll be too hawkish for liberals, but she won’t get us into a nuclear war with Russia. She’ll never attempt health care reform on the scale of her predecessor or even herself at an earlier age, but she won’t blow up the system like Trump.

Expectations on all sides are low and frankly, I think that’s a good thing. Clinton has already contended with progressives disappointed that she is not Bernie Sanders, and no one expects her to get Glass-Steagull regulations back on the books. So maybe, just maybe, she can ditch the baggage that come with trying to please everyone and say, “I know what all of you think of me–you don’t have to love me, let’s just get down to work.”

Election Day: play along at home

In an Election Day tradition, the whole family gathers around the TV to watch the proceedings as I frantically fill in a spreadsheet of electoral votes and Senate/House returns. Want to play along with me? Here is a link to a Google Sheet where I’ve pre-loaded all the states and senate seats up for grabs. Keep it open on your devices on Tuesday as we fill it in realtime (you are welcome to comment on it, but members of the public will not be able to edit). And fasten your seatbelts…it’s going to be a bumpy night…

Ranting politically since 2008. END_OF_DOCUMENT_TOKEN_TO_BE_REPLACED
This entry was posted on Sunday, November 6th, 2016 at 11:31 am and posted in Hillary Clinton. You can follow any responses to this entry through the RSS 2.0 feed.
« Dumping that guy

14 responses to “The Upside”